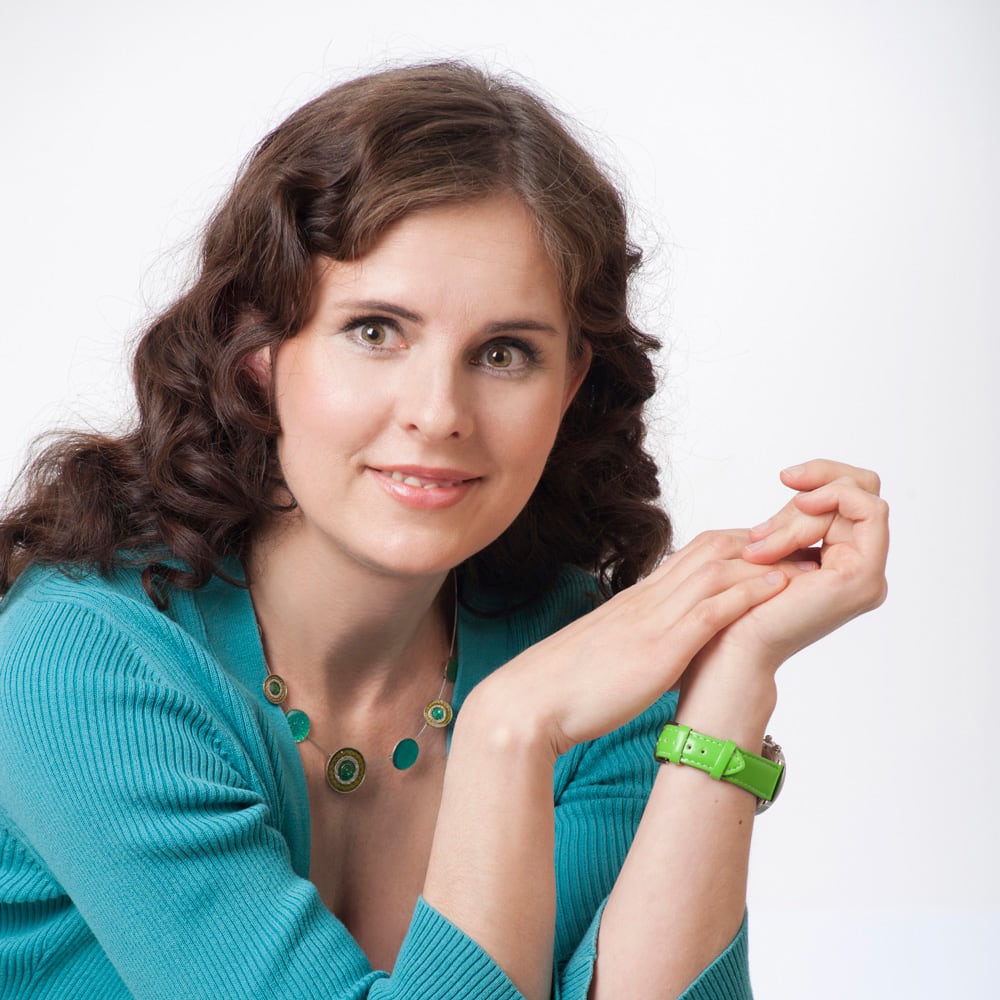 Kristiina Kass (1970) was born in Tartu, from which she and her family – her mother, father, and one-year-older sister Irja – moved to Tallinn a few years later. Kass loved to write and draw more than anything else already during her school days – so much so, that she didn't think it too much to lug herself an hour away from home by bus and tram to Kopli Art School (currently Tallinn Art Gymnasium) every morning and evening for the last four years of secondary school. Kass became interested in Finnish language at the same time, and enrolled in the University of Helsinki after secondary school in order to study Finnish language and culture. To this day she lives in Finland with her two daughters.

Kass has written 12 books for children, five of which she illustrated herself. The author’s multiple Nukits Competition awards are a clear indicator of her popularity among Estonian children. Kass is the daughter of the children’s writer Asta Kass and the feuilletonist Kalju Kass. The author’s family background is perceptible in her books, which are highly comical and full of little tricks. Besides writing and illustrating, Kass translates from Finnish into Estonian. 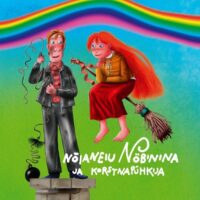 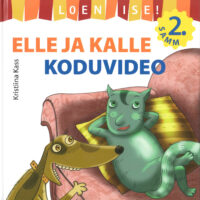 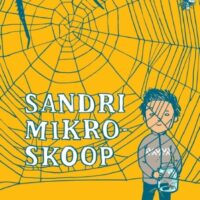 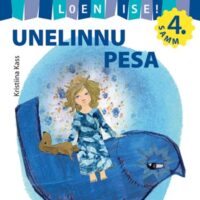 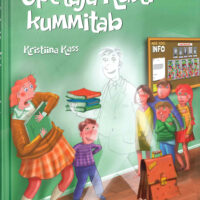 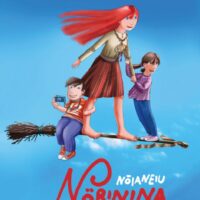 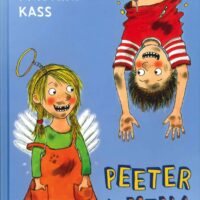 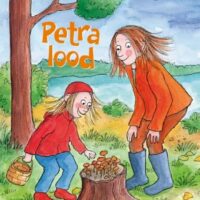 The Stories of Petra 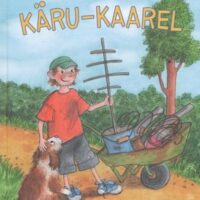 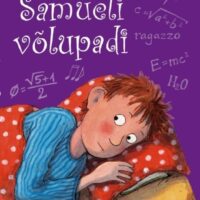 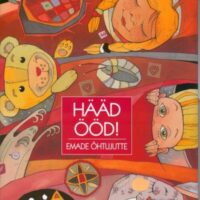 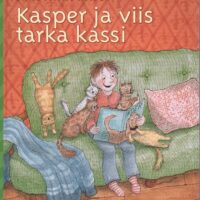 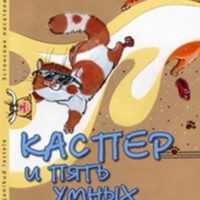 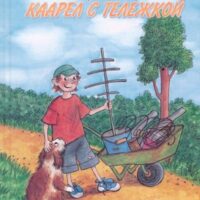 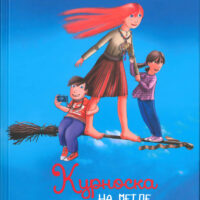 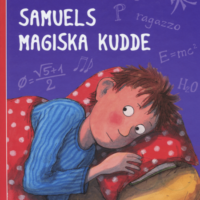 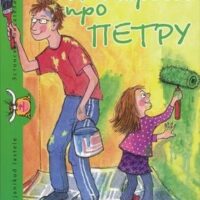 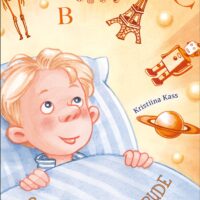 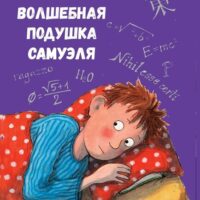 Kristiina Kass (1970) is a witty and highly imaginative children's author, whose style of storytelling is well received by the children of today. This is an important quality in a world, where the reader's opportunity to choose between different mediums is very great, and a book that isn't pleasing from the very first pages ends up collecting dust in the corner. This certainly does not happen with Kass' books. Kristiina, who was born into a family of writers (mother – children's writer Asta Kass, father – comic writer Kalju Kass), was gifted with a talent for writing. She is capable of doing what many authors are not these days – seeing the world through the eyes of a child, according to that plane of vision, without verging into primitiveness or rosy pondering. Added to this is, of course, her ability to tell a story in a way that the reader remembers it. Kass has furthermore illustrated the majority of her books personally: her childlike drawings provide the text with a significant added flavour that quite many professional illustrators are unable to bring out.

Kass is not afraid to repeat motives already used in the works of Roald Dahl, Ottfried Preussler, or Eva Janikovzky. Hence, Carl the Wheelbarrow Boy has a number of things in common with Charlie from Dahl's book Charlie and the Chocolate Factory, as does Little Witch Buttonnose with Preussler's The Little Witch.
At the same time, Kass' books are independent stories that are not spoiled by the shadow of more famous books. Kass has written both fantasy tales and realistic stories from children's lives. Her debut book Casper and Five Wise Cats (2005) is a fairy-tale story about Casper, who moves into a new apartment with his family, and his warm-hearted friendship with the neighbouring cat-lady Amalia. As the story unfolds, it turns out that the old woman's cats are not ordinary cats, but Amalia's enchanted children that an evil wizard placed a spell upon because their mother didn't agree to become his wife. Her next book, Samuel's Magic Pillow (2006), tells a fairy tale about a somewhat lazy boy, who one day discovers that it truly is possible to memorize books in a single night by stuffing them under the pillow as he sleeps. True, one must sleep upon a special pillow for this to work; but Samuel just so happens to have one of these! Unexpected and mind-boggling events follow, over the course of which it becomes clear that quickly-learned wisdom doesn't bring joy, but rather causes misfortune. Kass' third book, Carl the Wheelbarrow Boy (2006), is a story about a poor boy – one probably won't meet a boy as poor as he is in all of Estonian literature, who due to his hard-working nature and diligence is able to improve his family's standard of living. A fine tale of fantasy, indeed.

While the first three stories were aimed towards children aged 7–9, The Stories of Petra (2008) is somewhat different than Kass' previous works. These are children's stories realistic in genre and meant for a five- to six-year-old reader about a girl named Petra – the main character is a boy in all of her previous stories – and not a single miraculous event takes place. On the contrary – the book literally comes out of life itself. Petra and her parents are ordinary modern people. Her mother is a practical woman that goes shopping at sales and highlights her hair; her father is somewhat comical, tries to donate blood and paints the rooms a strange colour with his daughter's help. The family goes sledding and mushroom-picking. In summer, they drive to a lake to holiday. A commonplace life. Yet the author's ability to immerse herself in a child's world gives the book a special shine. The writing is funny, and readers both big and small will find a great many opportunities to relate.

The book Peter and I (2009), which was published a year later, carries on in Kass' humorous style of storytelling, but is once again aimed towards readers aged 7–9. Although the narrator, a girl named Angel, attempts to describe her brother Peter's mischievous behaviour, the reader realizes that Peter's sister isn't an angel in the least. As the children's shenanigans sometimes happen to be very crazy – for example: they go begging on the beach, tie the neighbour-boy to a chair while playing cowboys and Indians, and sell off all of the clothes in their mother's wardrobe on the street – it's clear why some teachers like the book less than Kass' other works. Readers, however, think the opposite about the book for some reason.

Kristiina Kass' most famous book is undoubtedly Little Witch Buttonnose (2010), which won the 2011 Cultural Endowment of Estonia Annual Award for Children's Literature and also the 2012 Nukits Children's Readers Award. A ten-part television series based on the book has also been aired on Estonian TV. It is the story about a strange young witch born among other witches, who doesn't want to cast evil spells together with the others; but rather help people out. Having fully learned all of a witch's tricks, she leaves the Witches' Woods behind her and heads out to look for a home. Thus, she arrives at the Toadstool family's summer cottage, where all sorts of odd magical mischief then starts to happen.

Kristiina Kass is also a rare author in terms of the fact that many of her children's stories were initially written in Finnish. She is namely one of those Estonians that have found a new home in Finland and made a family there. For many years, Kass made contributions for her local newspaper, Hyvinkään Sanomat (later Aamuposti), writing a new children's story every week. The best of these stories have also been published in Estonian language in the children's magazines Hea Laps and Täheke. Kass' latest book, Teacher Kusti Haunts Here (2012), brings fantasy stories that appeared during different periods together in a single binding – well-suited for reading as preschool children's' evening bedtime stories.