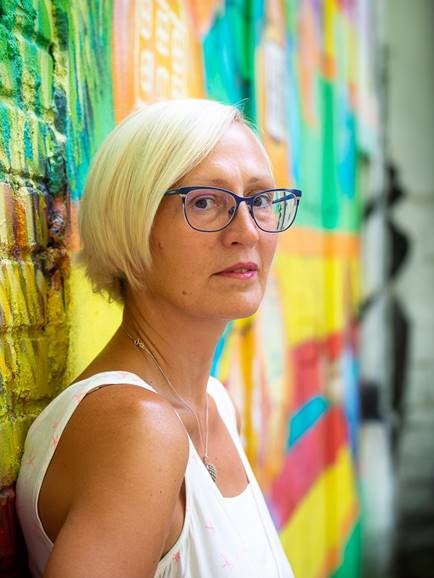 Kätlin Kaldmaa (1970) is a poet, writer, translator, and literary critic. She was born into a family of zoo technicians. Growing up in the countryside with three other siblings, reading was her favorite pastime and excuse when she hadn't finished her weeding. Kaldmaa has studied Estonian language and literature, semiotics, English language and literature, and has translated over 30 books into Estonian from various languages. She has worked as an editor and publisher at the daily Eesti Päevaleht, editor in chief of the magazine Lugu, and the director of foreign relations at the Estonian Children’s Literature Centre. She is the President of Estonian PEN and the International Secretary of PEN International. 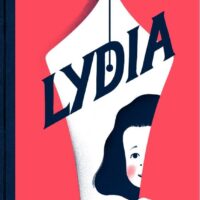 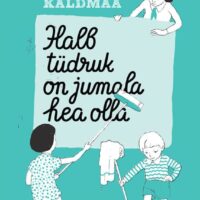 It’s Damn Good to Be a Bad Girl 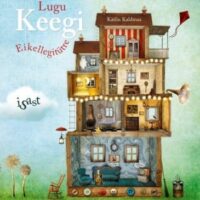 The Story of Somebody Nobodysdaughter's Father 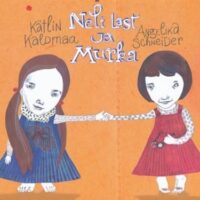 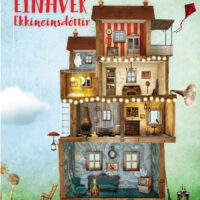 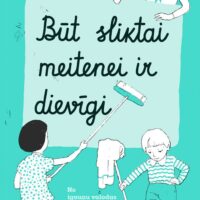 2012
Good Children’s Book (The Story of Somebody Nobodysdaughter's Father)

Kätlin Kaldmaa (1970) is a rather new author in the world of Estonian children's literature. Until now, she has been well known as the translator of nearly 30 books from English and Finnish, as well as a poetess, who has published four poetry collections and will soon also be publishing a novel. She has likewise written critique, edited the literary magazine Lugu, and is also Chairwoman of the Estonian PEN Club, which was re-established in 2010.

Kaldmaa's first book Neli last ja Murka (Four Kids and Murka, 2010) is the retrospective storytelling of a future writer's childhood in Estonia during the 1970's. The book is set off by an ordinary, everyday event – a set of parents is halfway through moving from an apartment to a new house, and their four children are sent to their grandmother's place in the country for two weeks so they will be out of the way. The temporary change of dwelling leaves such a vivid imprint in one participant's memory that it was formed into a book years later.

However, fears also live just as freely in that peaceful world of liberty. The book speaks of these as well. For example, what becomes of Murka, whom a strange villager takes with him to fight wolves for a night? What becomes of Oskar, who goes walking in a rye field despite being forbidden from doing so? And what becomes of their grandmother's little house when lightning strikes and thunder rumbles so powerfully, as if it was Thor himself rattling around with empty barrels?

The writer has recreated the world of her childhood, much of which may seem novel to the generation of children with today's comforts, yet that for the most part rings a bell for their mothers and fathers. Many of the Estonian parents of today are indeed still from a time, when children were driven long distances in an open truck bed or the trunk of a car in complete peace, and nothing happened. Where in the country, people got by without running water or a WC, but no one was ever filthy. Where people walked to the store and it took hours to do so, but every such trip was an event in itself.

A contemporary reader aged 8+ is inevitably seized by the possibility to make comparisons with the modern world, in which an entire system of rules restricting freedoms has been created. On one hand, the comforts and rules of this new age do increase people's safety, but on the other, they provide far fewer opportunities to experience life in its genuine form. It is here that the nostalgic childhood book's main pathos lies.

Quite a different sort of work is Lugu Keegi Eikellegitütre isast (The Story of Somebody Nobodysdaughter's Father). It is a modern moral story about a small girl's path to reach herself far yonder in the recognizably flowing landscapes of Iceland. Many of the characters' names – Raudholli Ragnhildur, Raudaneyri Tumas, Ragnhildur Eyrist – are also Icelandic in nature. The book's "Icelandicness" was most likely chosen on purpose: it adds mysteriousness and meaningfulness to a story that will strike close to home for readers everywhere. The book is aimed at readers aged 10+, as it requires an already-developed sense of the world and some previous reading experience.

Little Somebody Nobodysdaughter misses her father, whom she has never seen. Her mother readies a long path for the girl to go and search for him. On the journey, Somebody ends up in odd places, where she hears four fairytales about her father. Fairies living within a mountain tell of how her he killed a dragon that had committed a great deal of evil. An old woman speaks of how Nobody estranged her sister from her love for a werewolf; Nina Matilda, who lives alone on a river island, prattles about how she taught Nobody various forms of wizardry; and a man from a blacksmith's workshop on the shore of the sea tells of how Nobody taught him to befriend people with his heart. Finally, little Somebody arrives back home. Even without actually having met her father, she has gathered enough wisdom to grow out of her longing for him.

A computer graphics style new to Estonia is used in both of Kaldmaa's books, striving to make the book's design work to the advantage of the story in addition to the original illustrations (done by either Angelika Schneider or Marge Nelk, depending on the book). The result is two children's books with well-thought-out pictorial language, in which the text and the imagery progress in sync and support each other in every respect.